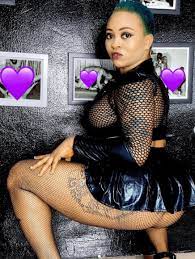 Ugly Galz who stated that mean comments don't pay her bills, also asked those saying that 'no man will marry her' if she has ever told them she wants to get married.

She also pointed out that some churchgoers are yet to get married even with their godly attributes. According to Ugly Galz, when she is ready to get married she will get a husband.