A married Zimbabwe Prisons officer Tavatangira Chiromunye (30) allegedly had sex with a 15-year-old girl in a car. Chiromunye has been dragged to court on charges of having intercourse with a minor.

The case reportedly happened in Zvishavane but it is being heard in Mberengwa after magistrates in Zvishavane recused themselves on the basis that they work with the accused. 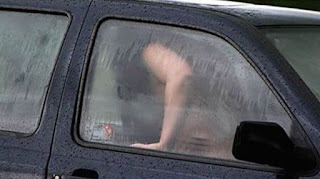 The prison officer was remanded to June 2021 on free bail.

It is alleged that Chiromunye would pick up the minor using his Toyota Fun Cargo and park adjacent to Lambizi Lodge, Zvahavande and have consensual sex with the girl in the car .

This happened at least three times and the matter came to light when the complainant’s father realised that his daughter was not at home. Her aunt interviewed her and that is when she disclosed that she was in a relationship with Chiromunye since 2020.

The State alleges that sometime in 2020, Chiromunye proposed love to the complainant and she accepted. Towards the end of April 2021, the accused person approached the complainant at her place of residence when she was alone, knocked on her window and advised her to meet at the main gate.

He picked her at the main gate and drove off Prince Street to a place adjacent to Lambizi Lodge, where he parked.The accused continued having extramarital sexual intercourse using the same vehicle at the same place.

In other news, iHarare reported that a Nkayi man unlawfully entered into a fellow villager’s house, choked her and beat her up before forcing her to drink an unidentified smelly liquid which made her faint.

The man allegedly committed the heinous act to punish the woman for gossiping.