Evelyn Joshua, wife to the late founder of Synagogue Church of All Nations Prophet Temitope Joshua, has said the death of her husband was an act of God. 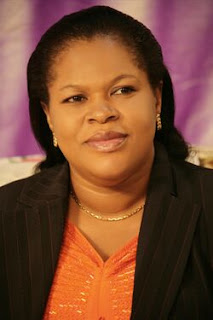 Addressing officials from government on Wednesday,  Evelyn said her husband’s death did not come to her as a surprise.

“What happened was an act of God. There is time for everything, like my husband would say. That was the word I knew from him very well. This is the job he was known for. This is what he was living for. That is what he was going to die for.

“So, it didn’t come to me as a surprise. I wasn’t surprised when it happened. As we all know, he was in service that day. So, that’s it,” she said.

Following her husband’s death on Saturday evening at the age of 57, Evelyn took to social media to express her grief over the sudden death of her husband.  She said it was never easy to lose a loved one.

According to IBOMTV, TB Joshua was popular in many African and South American countries where he often held religious crusades.

He was one of Africa’s most influential preachers with millions of television and social media followers. More than 15,000 people from Nigeria and abroad attended his Sunday services.

He was also noted for making predictions, claims to cure various ailments and to make people prosper through miracles.